Carrick Speedway is one of Australia’s speedway success stories and shows what people can achieve when they work together with one dream.

Carrick Speedway was the dream of Dave Powell and Lex Sturnberg. Speedway inaugurated in Tasmania in 1964 and Dave and Lex envisaged that Northern Tasmania should also build a track.

Their company, Sporting Promotions Pty Ltd began track construction in late 1967 but with inclement winter weather their scheduled first racing meeting for March 1968 was pushed back to September of the same year. 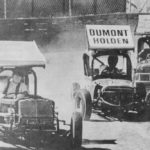 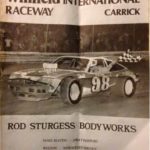 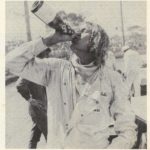 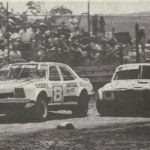 The Carrick Sedan Club purchased the track in 1969 after Dave and Lex had a disagreement. The first full season of racing in 1969/70 saw the legendary Geoff Stagg take over as promoter. Racing was held of a Sunday afternoon for many years as the track had no lighting. The racetrack wall was made of 2 inch wooden planks which in itself caused many issues for drivers.

By the 1970/71 season, the track was just about financially gone so the Tasmanian Formula 500 Club paid $10,000 plus a tractor, grandstand and grader to be equal partners with the sedan club. The tractor was hopeless and the grader was in such “great” condition that it only made it to Westbury and was never seen or heard of again.

A meeting was then held every fortnight on a Sunday afternoon for four divisions of stock cars for the remainder of the season. Averaging 80 cars per race meeting Carrick Speedway had begun and made its mark on Speedway not only in Tasmania but across the country. 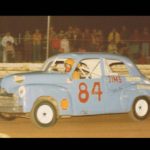 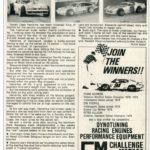 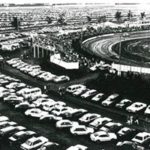 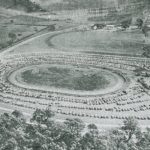 During the 50 years of Carrick Speedway it has had its fair share of ups and downs but in the end speedway has been the winner.

Being a club run track, a race meeting is not capable of succeeding without volunteers. There is no question that if it wasn’t for the volunteers at Carrick the track would not have survived. Volunteers spend hours on hours to make this track happen and this in turn has allowed Carrick Speedway to be where it is today.